watch 04:21
Wiki Targeted (Games)
Do you like this video?
Play Sound

ATMs were introduced to Jailbreak in the 2018 Winter Update. They are in-game locations that can be interacted with to redeem codes for XP, Rocket Fuel, Tokens, vehicle customizations, and/or cash. ATMs can currently be found inside the Bank, Police Station 1, Police Station 2, Train Station 1, and Pet Shop.

Keep in mind that these codes are not case-sensitive, meaning that capitalization does not matter. For example, the code could be titled "test", but the code could be typed in as "Test", or "tEsT", etc. but the player would still get the reward.

Valid Codes are codes that are redeemable as of present, and players will be given rewards if redeemed.

Invalid Codes are codes that have expired and cannot be redeemed. 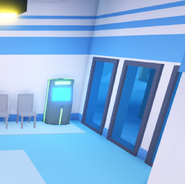 An ATM in Police Station 1 before the prison update

An ATM at Police Station 1 after the Prison Update. 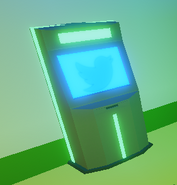 An ATM inside Gas Station 1 (removed).

An ATM inside the Bank.

The original GUI for the ATMs when interacted with (prior to the Nukes update).

An ATM found inside of Police Station 2. 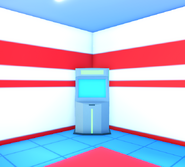 An ATM found inside of the Pet Shop.

The new GUI for ATMs (after the Nukes update).

The ATM found outside Train Station 1.
Add a photo to this gallery

Languages
Retrieved from "https://jailbreak.fandom.com/wiki/ATMs_%26_Codes?oldid=255662"
Community content is available under CC-BY-SA unless otherwise noted.